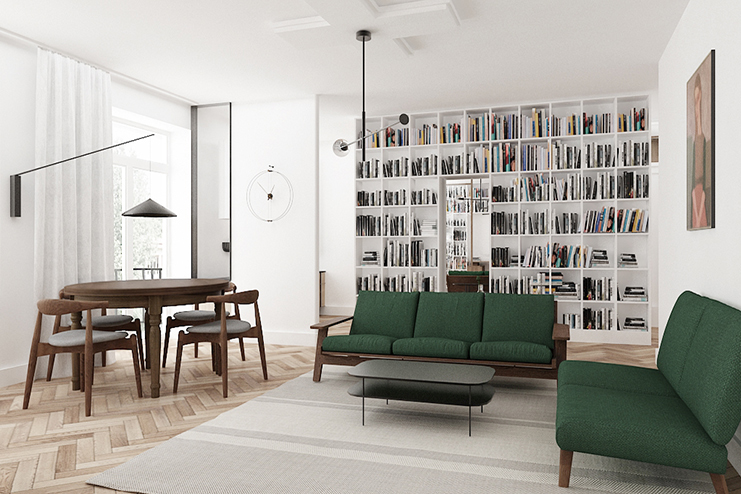 An 100m2 interior created after joining two apartments in a modernist building in Powiśle district. The functional layout, apart from the living and private area, required two separate offices connected to the living room. It had to have a lot of space for books and art, be bright, and above all not over-designed. The key turned out to be a functional layout with glazing, partial openings and mirrored panels in areas lacking in light. Wood was combined with glass (not necessarily transparent) and black accessories. The bathroom of the hosts was styled as a bathing salon, but more functional than luxurious. Rosettes on the ceiling – simple forms, referring to the 1930s, walls without stucco, traditional herringbone layout of the parquet floor – all this added to the coherence of the design with the house in which the apartment is located.