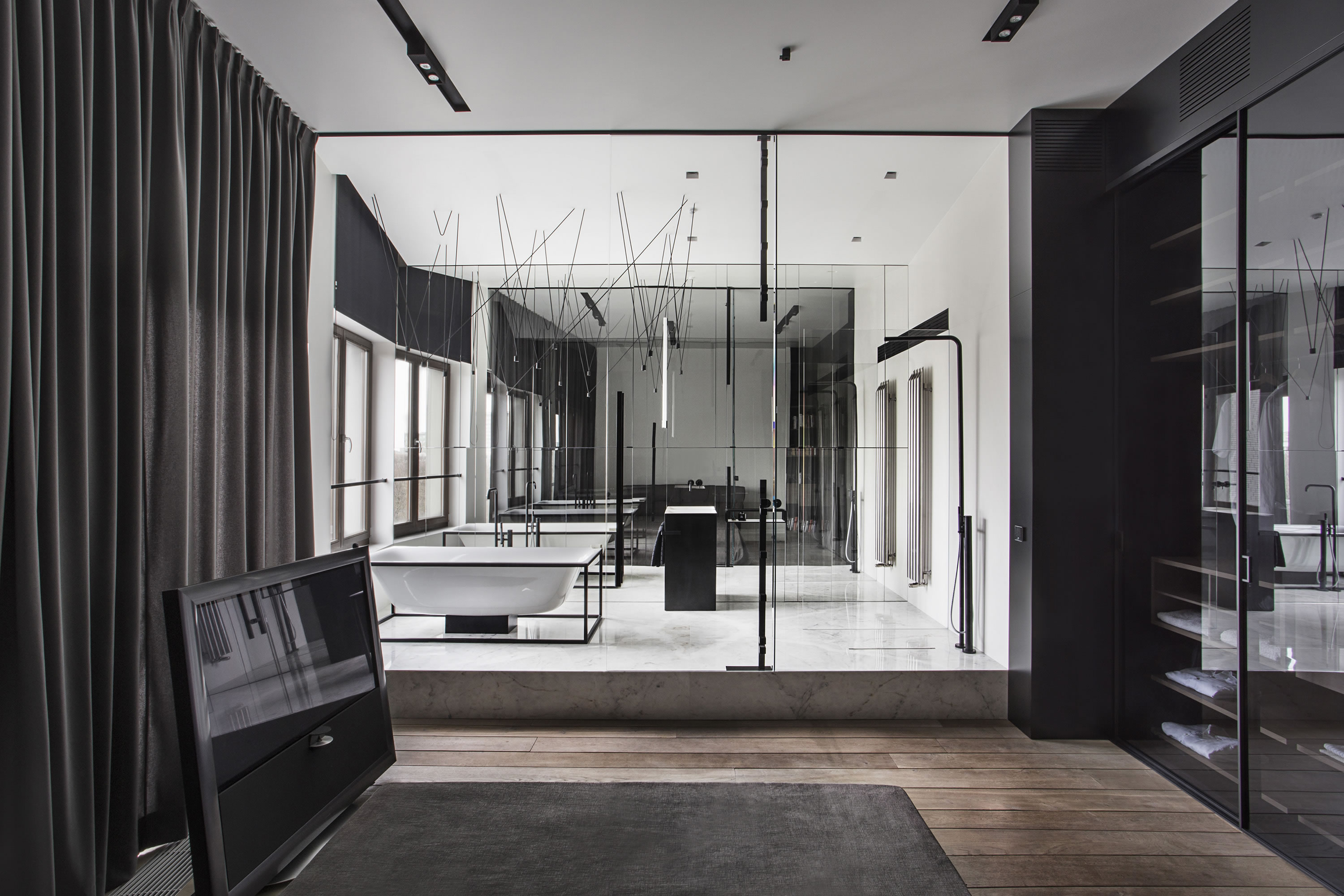 A bathroom, but what a bathroom! Designed for a very famous TV journalist, it was supposed to be just like him – unusual. It opens completely to the bedroom and is maintained in black and white. It’s not minimalism, it’s more like minimalist maximalism. The view from the bath to the Palace of Culture emphasizes the bathroom’s urban style. One wall consists of cabinets covered with mirror fronts. There is no more furniture but separate, distinct forms of sanitary facilities: a cubic washbasin, free-standing bathtub included in a frame and a shower cabin. The whole is situated on a marble step, the only spatial separation of this room. A certain optical illusion is created by a sloping ceiling with a drop towards the mirrors. Thanks to this, mounting space was obtained for an unusual lamp in the form of many thin arms, the arrangement of which was also specially designed. A glass wall made of large panels imported from Germany and assembled with the help of a crane, reveals everything and does not create any visual barrier between the bathroom and the bedroom. While changing the bathroom, the bedroom was redesigned to fit the new space. It gained a glazed closet, black wall coverings and a frosted glass door. A monolithic, sculptural, twisted ribbon-shaped unsupported wooden staircase to the terrace also appeared in the corner of the living room.